On 03.11.2020, after a rally on the 30th anniversary of Rafael Blumenstock’s death, we placed a symbolic memorial on the Münsterplatz. We wanted to remember Rafael and express our demands for a new monument. With another action we now point out the inactivity of the city. 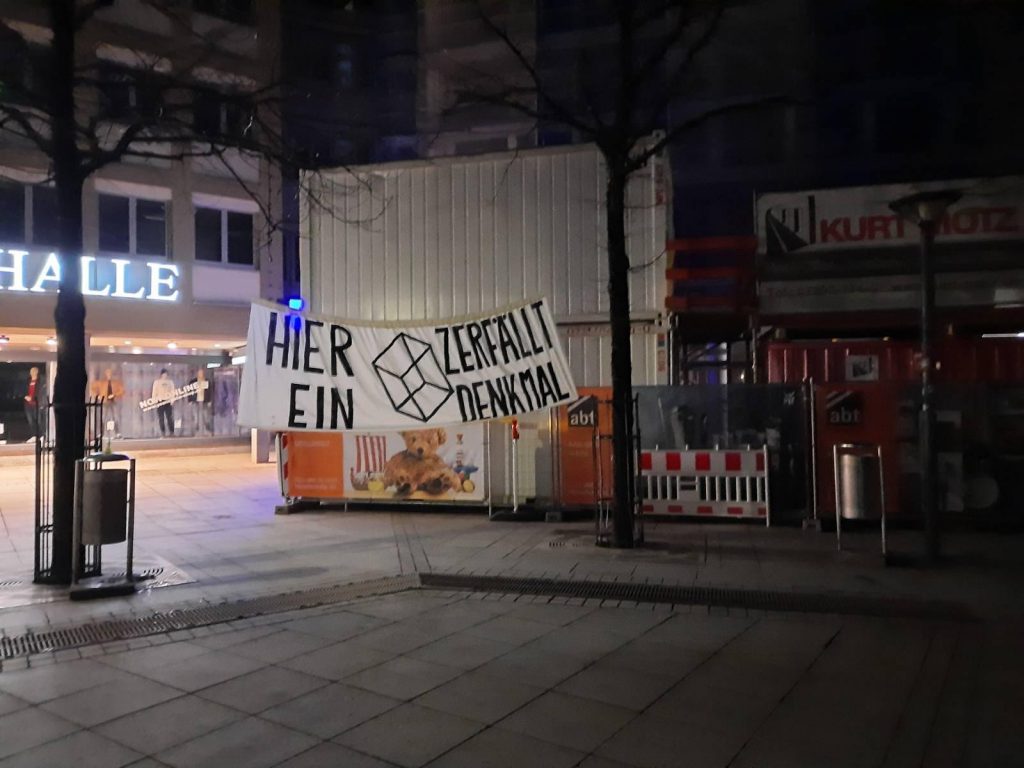 It is a replica of a memorial built by activists and friends of Rafael in 1992. At the time, they called for the erection of a permanent memorial and pointed out that the murder must have been anti-gay.¹

We had expected it to be removed within a short time. However, it stood there for over three months and was repeatedly repaired by us and other people. But recently it was removed.

We put up a banner because of this, since we have not received any response to our open letter² from the local council for three months.

Our demands are still a new memorial (in the form of the one already proposed in 1992) and a classification of the murder as a suspected case of right-wing violence. In addition, the publication of information from investigations into Nazi structures at the time, as well as an investigation into personnel and structural continuities in the Nazi scene from the Nazi era to the 1990s and up to the present day. These demands are supported by: Grüne Jugend Ulm, Jusos Ulm, Linke Ulm, Festival contre le racisme Ulm, Mein Ich gegen Rassismus, Young and Queer Ulm e.V. and us.

It is undeniable that the current condition of the plate is bad, the inscription is barely visible. Therefore we demand again: A new memorial for Rafael.

In the current state, the plate represents a forgetting and ignoring of the case by the city and the city society. We denounce this.

Places are needed for remembrance and commemoration; letting them fall into disrepair is unworthy of the dead.